Taking Life Seriously, But Not So Solemnly

“I don’t mind dying, I just don’t want to be there at the time.”
—Woody Allen 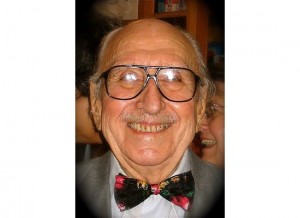 One of the most remarkable people I have ever met was Dr. Joseph Richman. “I wish I was a rich man,” he chuckled as we were introduced at an international conference of scholars.

His self-effacing humor, advanced years and gigantic hearing aid did not prepare me for his area of specialization.

“I’m a psychiatrist from the Albert Einstein Institute,” he explained. “I specialize in treatment of the suicidal elderly.”

“That sounds extraordinarily challenging, “ I said.

“Well, one thing I tried to do was help my clients to rediscover their ability to find humor and laughter in life. We have many losses  as we grow older. If I lost my sense of humor, I might be suicidal too. So my first task is to help to keep my clients alive. Helping them find things they still enjoy makes this possible.”

According to Dr. Richman, “therapeutic humor is life-affirming, increases cohesion, is interactive and stress-reducing.”

As with many interventions that have some existential orientation, literature, philosophy and the arts were important historical signposts. For Dr. Richman, classical writers like Dickens and Goethe were vital influences. As he wrote, “for Dickens and Goethe, suicide could not survive in the presence of humor.”

The humor he spoke of was a compassionate humor, based on a strong caring about the well-being of his client, understanding of their pain, and knowledge of both the challenges and gifts of human life.  The humor he was filled with compassion, used tactfully and in timely ways toward the life of his client.

And, like the very best of clinicians, he personified his ideas in his being. He walked the walk. As the Dalai Lama has said, the best teaching is done by example.

A short while ago, I read an article written by Bronnie Ware, who worked in palliative care.  It was provocatively titled “Regrets of the Dying.” In it, she wrote of the things she heard most commonly as she worked with those in the last days of life. Two of the most common regrets she reported hearing were these:

I wish I’d had the courage to live a life true to myself, not the life others expected of me.

I wish that I had let myself be happier. She reported a common wish to laugh heartily once again and to restore silliness to their lives.

These are comments that Dr Richman would have understood.

One of the gifts of existential psychology is that of being able to think about life and its brevity, and apply what we learn so we may have fewer regrets and more meaning and joy.